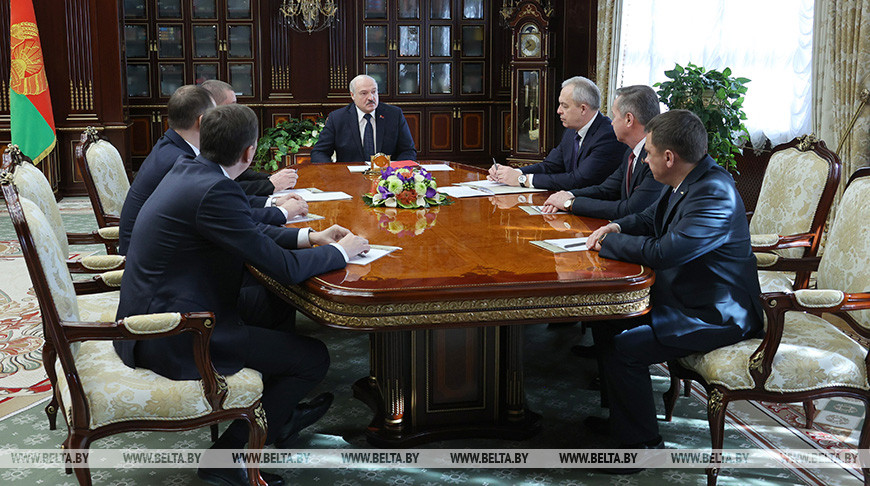 The state administration system at the level of district administrations works just fine, this is why there is no need to break it or introduce some other areas of activity. Belarus President Aleksandr Lukashenko made the statement as he made a number of personnel appointments on 21 March, BelTA has learned.

As he was appointing Aleksandr Bykov Chairman of the Chashniki District Executive Committee, the president pointed out: “You are up to date on things, you know that it won’t be easy and the chairman of the district executive committee will have to work a lot.”

Aleksandr Lukashenko said: “About ten years ago I suggested reviving some structures in district administrations and oblast administrations if things are too difficult and giving them the functions that district committees of the Communist Party used to do: personnel, ideology, and so on. In order to reduce your workload. Nearly everyone said unanimously we shouldn’t do it because you can handle it on your own. You understood correctly that certainly control and pressure would have been greater.”

According to the president, he has abandoned that idea and it is not under consideration now. Practice demonstrated that heads of the district administrations manage to do their jobs. They did their jobs during election campaigns among other things. “The last few campaigns – the heavy presidential one and the not exactly easy referendum one – proceeded decently and beautifully as I always say. The system works, this is why there is no need to break it or introduce some additional areas of work for some bodies to take care of it,” Aleksandr Lukashenko said.