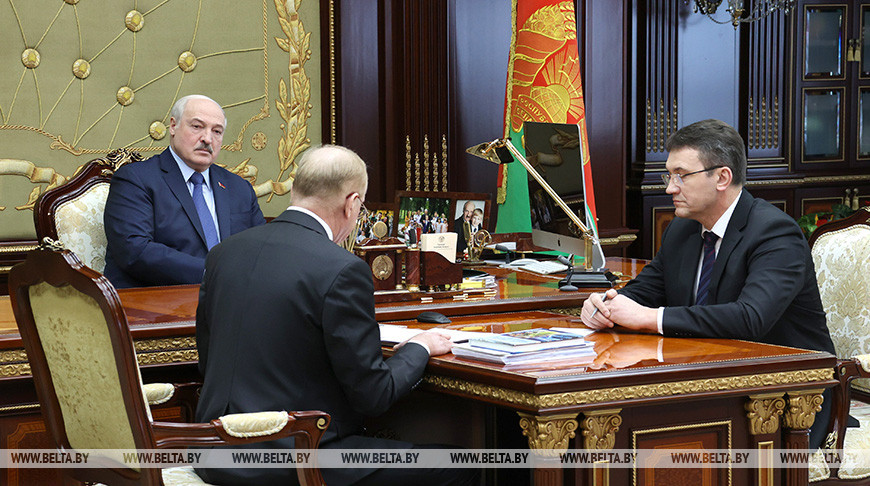 The decision to institute a new regulatory body in the field of digital development should be carefully weighed up, Belarusian President Aleksandr Lukashenko said as he heard out a report on the draft decree on the establishment of a digital development and informatization agency, BelTA has learned.

The creation of a new authority in the field of digital development had already been discussed at a meeting with the head of state. The government had been instructed to finalize the presidential draft decree regulating this matter.

“We postponed this issue until today in order to make the right decision. We have a corresponding ministry. It is not just about renaming, but about creating a new agency on the basis of this ministry. Back then the question was whether we should do it or not, how we can benefit from renaming and improving the current ministry by giving it additional powers. Is it possible to do this within the existing regulatory legal framework and within the framework of the existing the Ministry of Communications and Informatization? Do we need to take these steps?” Aleksandr Lukashenko asked.

The head of state recalled that Belarus had passed a decree on the development of the digital economy and is launching the government program Digital Development of Belarus. The country's social and economic development program has a whole section dedicated to this matter. “We should not put the cart before the horse and do this just because other people do it. Digitalization is a buzzword now. However, sometimes many people do not understand what digitalization is, though this word is trendy,” the president said.

“I would like to hear the pros and cons of creating a new government agency in the field of digital development and informatization. How are we going to do it (or shall we do it in the first place?), how can we benefit from it, or maybe, indeed, we should take our time and not hurry,” Aleksandr Lukashenko asked.

The National Academy of Sciences had been instructed to work on this matter, so that there would be an alternative point of view. “Scientists are scientists. They understand and see very well what is happening in this area in the country. They will prevent us from making the wrong decision. Yet, if this move produces a certain effect, we will go for it,” the president said.

Chairman of the Presidium of the National Academy of Sciences Vladimir Gusakov noted that the draft decree had been thoroughly analyzed. “If approached responsibly, this involves a great deal of work. This will require the restructuring of all areas of public administration, the economy and society,” he said.

At the same time, Vladimir Gusakov acknowledged that the proposed new name sounds more up-to-date, but highlights a more specific area, which is digitalization.