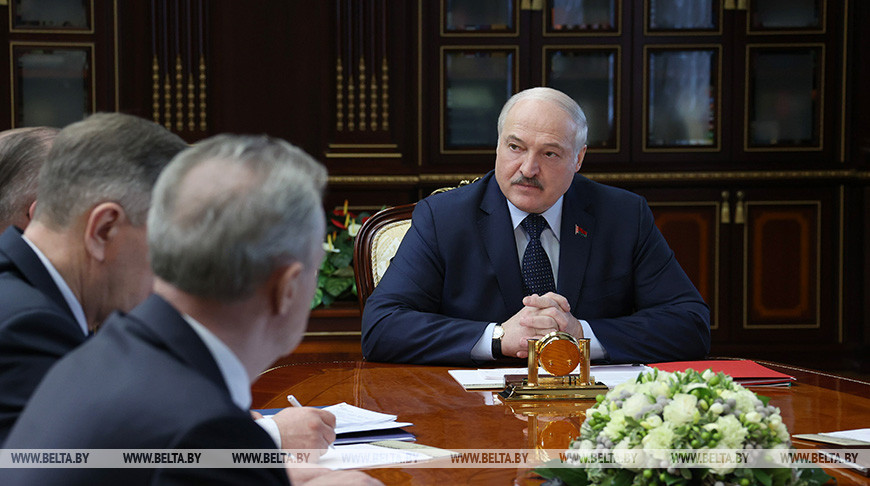 Forest restoration in Belarus is slow. Belarus President Aleksandr Lukashenko made the relevant statement as he heard out a report on the state of affairs in the forest industry on 9 March, BelTA has learned.

According to Aleksandr Lukashenko, forest restoration is extremely slow.

He said: “It is necessary to fill every bit of vacant land with forest. Let alone the places where forest has been harvested. Forest must be immediately restored over there. And in former farms, around agrotowns, large villages, which will stay in place in the future. In places where water towers and vehicle depots used to be. [Former] dairy farms and animal husbandry farms. We have so many vacant lands like that! Thousands and thousands [of hectares]! Why don't we plant trees where it is possible without large costs?! And if we do it, why do we do it lazily?”

The head of state reminded about the instruction to plant forests and shrubs along motorways the way it was done in the past.

Aleksandr Lukashenko also remarked that the quality of forest restoration work is abysmal: “As far as I can understand it when I visit forests. Things are done in a haphazard manner over there. None of your specialists went there. Nobody told the tractor driver, who dug those ‘trenches' for tree planting, how to do it properly. Nobody told them how things should be done. Total irresponsibility. It has to stop.”

Aleksandr Lukashenko stressed he holds the head of the State Control Committee personally responsible for it. “Look at everything I've mentioned and go and ask questions. If they don't mend their ways, they have to go! We need tougher discipline. People are too relaxed. They wage a war in Ukraine with their words harder than they take care of their country. We need a stronger economy here if we don't want wars in Belarus,” he stated.